I really havent felt much like writing lately. There's just been a couple things on my mind the last couple days or so. Things I was worried about (and one I still am worried about), but yet I really cant talk about. No, it's not anything going on with me. It does have something to do with a couple really close friends of mine though (each with her own problems). There are times I hate being so far away from those that I hold close in my heart. Both hit a bit close to home though, a little closer than I'd care to have.

One was easy once I cleared my mind of all the details and saw what all was at the heart of the matter. It dealt with jealousy and dissappointment issues, a procrastinating future husband and a mother who's suffering panic attacks. This friend is handling the future hubby to be ok but the other stuff was kinda getting her down and she wanted to know if she was crazy for letting all this stuff bother her. I just reminded her she has a very strong backbone and she's not going to please everyone with her decisions. That it was their (hers and his) day and no one elses so no one else's opinions really mattered, so long as THEY were happy. I suggested a few things for the hurt feelings that a couple of people in her life were feeling. I also pin-pointed why her mom was having the panic problems, when they started and why they were getting worse. All I did with that one was put myself in mom's shoes for a bit. She and I have an awful lot in common in that we've divorced and are still healing so it was easy to get into her shoes and see things through her eyes. I think I pretty much got that friend feeling better (I think it helped to actually use the words "you arent crazy"). She's told me Im either psychic or have missed my calling as a psychologist. Hmmm. She isnt the first to have said that lately....

The other friend's problem hits really close to home. A lot closer than is comfortable for me to be honest. She's going through much the same I was before I moved to Texas. Those that have read that other section of my site know exactly what Im talking about. She's got it worse though. Her "problem child" is much more manipulative and evil than mine ever was. In essence, where mine was just nasty with half a brain....hers is down right evil and very smart. On top of things, he's been physically violent with her. I suspect on more than one occassion too. Needless to say this hasnt helped me out much and Im fighting many of the bad memories all over again because she has alot of questions of how I felt and what I thought and etc etc etc. Something tells me it's going to take both of us to help one another heal.


Saturday we went to the farmer's market to get some local honey. Looks like the market in my area doesnt carry it. I saw alot of other products, just not the item I needed. Go figure I found what I needed at a Bloom's grocery store. The honey I got was made about an hour away from us. It's the closest I've found so far. There were no ingredients listed on the label, just honey so im hoping they didnt blend anything else in it. I've been taking it for 2 days now and hope that it'll begin to help things out some soon. If it works, I'll put hubby on it too.

Not much else is going on. Im going to put a few pix in here that I took this last week. The pansies were taken at a business of some sort. The dogwood bloom (the hand holding the bloom is hubby's), floral bush (look iggy...a wrinkled worm!) and irises are right in my front yard. The irises should go into full bloom sometime this week if they havent already (no, I dont look outside...I only notice things when I actually leave the house for something). The tree with the beautiful pink blooms was in a parkinglot of a restaurant. Boy, the pic turned out nice. It just may end up being a background on my page sometime in the near future.

Time for bed. Im finally exhausted enough where I think I can fall asleep for my 5 hour nap. Everyone have a nice day. *HUGZ* 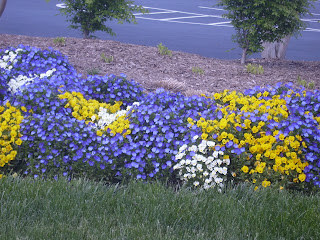 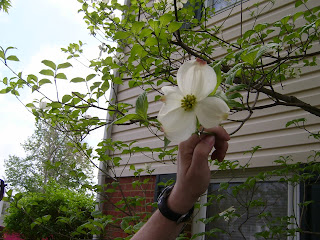 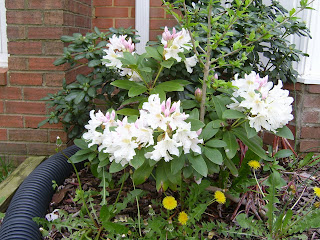 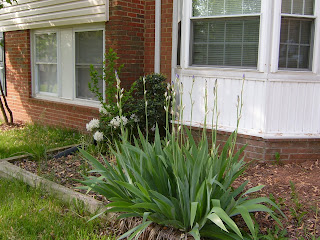 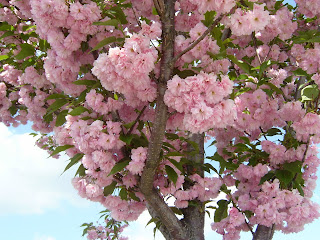 *goes "ooohhs and ahhhhs" over the wormie and then laffs*

The irises (sp?) have bloomed here - so I suspect yours are too - they will make purty pictures too and probably won't kick up your allegies.

...and those friends of yours, even if you don't "analyse" them, probably feel much better just knowing they got someone that listens to them when they talk.

Very colorful pics. Looks like you have a crop of dandelions, too. LOL

You're there for your friends. They know they can talk to you and that's what matters most. *hugs*

I'm sure your friends are very thankful you are there for them to help them sort through all this. And if you can work through some things at the same time, all the better.

Pretty pictures of all the flowers and trees in bloom. I should take some pictures of the trees with pink blooms around here, they are so pretty every Spring. And then there's the white blooms at work.

Thank you. Yeah I know how thankful they are as they've all come right out and said so. I also know they come to me because I've been through most of it at least once , if not twice already.

Thanks on the pictures. The irises are in bloom and I got a shot of them (and the bumper crop of dandelions...hey punkn...wanna make wine?) today while we were outside. Flowers are so pretty...I just wish they didnt make me feel so yuck.

Gets my wine making equipment out... hmmmmm on second thought, I think I'll pass.
It is great that you are there for your friends. There is no doubt that you are helping them a lot. Just don't let it get you down in the process... ok? *hugs*

As everyone's already said, "even if you aren't able to help your friends, just knowing you're there to talk to will be a big help to them." It's always good to have someone who'll listen to you when you need to talk about something. Just don't let it get you down too. I understand you are worried about your friends, but getting yourself into a state of depression and worry over them isn't going to do anyone any good at all. Just bare that in mind, OK? *hugs*

Pretty flowers *hugs* maybe I won't have to call you and cry on your shoulder anytime soon.....