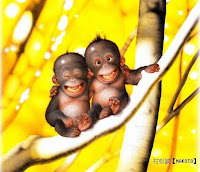 Ok ok. I'll try and tone it down some. You'd think I'd been going on and on about this cd...sheesh. My hubby, the cheeky little monkey that he is decided to play the "dumb game" on me last night. I said " is it Tuesday yet?" So what does he say? "What's Tuesday?" Just as though I havent been overly hopped up all week for this. Then he goes to say... "Oh yeah it's Bones/ House night". *shakes head* He does this just to mess around with me. So I told him basically what I said in my blog....that I'd been listening to it all day and it'd be nice if it walked through the door in his hands Tuesday night. I got the "what you cant wait" look from him. Well, in this case no. I am usually really really good about waiting until Thursday or Friday to get my cds but nope, not this week. I've been reading that some of the stores have been selling out of the cd already. Im hoping since this seems to be Carrie country that maybe just maybe it'll still be on the racks when he goes to get it. I even went as far as to put all my cash in a pile (all $17 of it and I KNOW it doesnt cost that much cuz Wally World's got it listed at $9.72 or so) on TOP of his filthy weeds with a note attached "Is it Tuesday yet???? It's coming home today right??" I woke up to find my pile of money on my desk...with the note still attached to it. Now either it's his way of saying that he'll buy it or that he aint bringin it home. Might be the former because he's always saying that he wants me to have cash on hand in case I need something and he's not home. Well hell if I had enough on hand I woulda cabbed out this afternoon, bought it and cabbed back. Yeah I want it that bad.

I wrote a nice long letter to that "friend" that I mentioned. Pretty much it puts the ball in her court and if she wants to write back, fine....if not, oh well I tried. Seems like every year about this time some crap happens and feelings are hurt. Im thinking of taking a vacation from the 'net starting the end of September to the end of November from now on, maybe that'll help matters. I dont know what it is, am I more testy at this time of year or is everyone just more sensitive? I dunno. Part of me wants to say that I dont want/need the extra drama on my plate anyhow so just bugger off.....but then the other part of me wants to be there incase Im needed for support. Ah well.

Not much else is going on. I got 2 apps done yesterday and I really need to get the other two finished tonight. I dont feel like it though.


It's a nicer day today, we got into the 60's *whoot*. Im still in my slippers but the heater hasnt kicked in yet today (we turned it on last night as it dipped into the 40's over night). Im going to post a few pictures below that I took a couple weeks ago. Ive been meaning to get them posted.

Reminds me how the "lovebugs" in Louisiana would fly around butt to butt....doing just what their name says. I sure hope the butterflies aint the same because with the lovebugs the males would shrivel and die in the act and then fall off. I hope the butterfly was luckier. 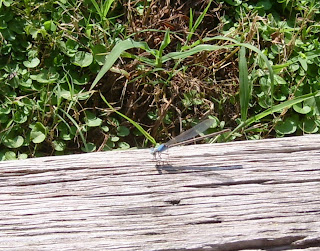 Never saw one of these at rest before. There are several that fly around our house. Im less afraid of these than most biological flying objects. We've had several butterflies in the yard as well up until a couple days ago. Never could get close enough to get a good shot of them. 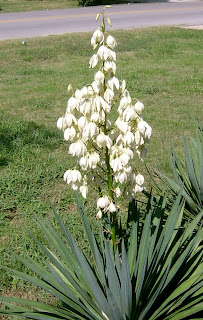 This is the yucca in our front yard. This year the plant sprouted 4 of the branches with the flowers on it. Until we moved here, I'd never seen a plant like this. The leaves are very sharp and when the flowers die off it's a bitch trying to get that branch cut down out of the middle (it looks plum-aweful unless you do).

Great pics. And I sure do hope Ranger comes home with that cd. (heaven help him if he doesn't...LOL)

We're being bombed by lady bugs again...inside and outside. They're a real nuisance again this fall.

Yep it came home. The cheeky little monkey kept it hidden for over an HOUR before he'd give it to me too!!!

Ladybugs aint bad. Those lovebugs though...*ugh* They were attracted to light colors and especially white. Everyone with white cars hated that time of year because the buggers would land on the cars and ruin the finish.

I'm so glad you got your cd. I don't have a Wally World that's convenient for me to go to, so I had my aunt pick it up for me. $9.74! But I won't get it until Sunday! Waaaaaaaaaaaaaaaa

Pretty dragonfly. We don't have any here, they've all gone south by now.

GREAT POST :) I AM NOT FEELING WELL TODAY OR ID WRITE MORE :(

Going on vacation wouldn't help, the "shit" would just be waiting for you when you got back. LOL!

Yes the "shit" would still be there but I wouldnt be in the middle of it all ;). Last 3 years running I was right in the heart of it all. Not really because I caused it but because of how I reacted to a situation. It takes a long time to get over the hurt and even longer to repair the damage. Better to just remove oneself from it all than to have to do damage control. *shrugs* Maybe it's just me.