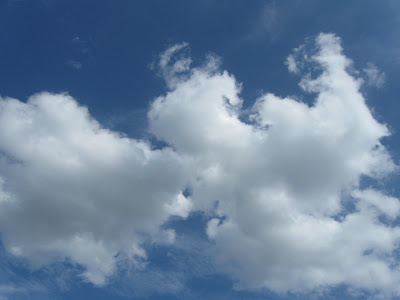 I actually had another pic of this formation but it's not loading the way I want it to. I suspect it's because of the bit of a tree in the frame and Blogger just can't get it through it's fleabrain that the way I'm trying to up load it is the way it's SUPPOSED to be. *sigh*. So I've simply turned the existing picture 90 degrees. Looks different, doesn't it? 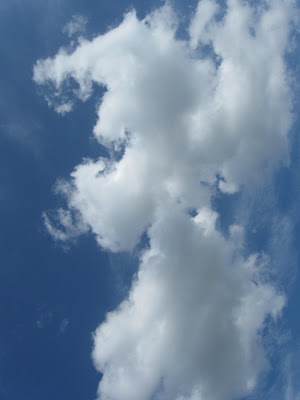 This wasn't what I saw when I clicked that picture, but I saw it while I was working with the clyx on my computer it came to my attention. No it's not the suncatcher as a whole, but the subject within. Close...but not what I saw at first glance! 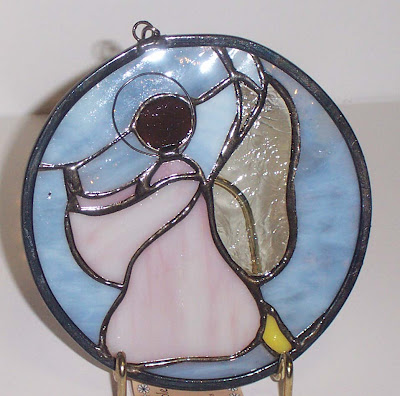 No, THIS is what I saw at first (second and third) glance(s). Ok. This is 2 weeks running I've seen a cartoon figure. You think my brain's trying to tell me something?? 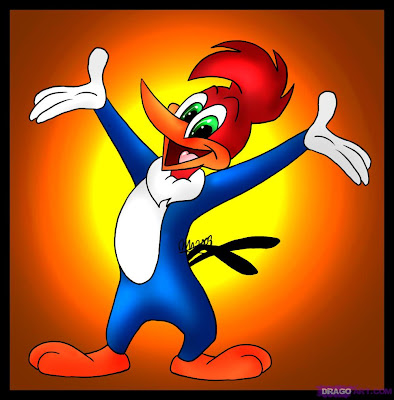 Chicagolady posed an interesting question last night (when she ~finally~ came up for a breather from her game...). She wanted to know what we were going to do once winter hit and the sky was nothing but nasty grey clouds and really too dark to do some serious cloud gazing. I told her I have several pix on the computer and a few donations from that darling shepherdess we all know and love. Between that and Google, I suppose we could make it through the winter. Better yet.... we've got several beautiful days before the winter hits. If anyone would like to donate an afternoon's worth of clouds to the game, please send them along to my hotmail account.
posted at 9/02/2009 09:00:00 PM

I thinks I gots a couple cloud pictures for youse if I can find 'em. :)

If the next cloud picture remind you of a cartoon - you might wanna consider giving a shrink a call - or at least find your "I Love Me" jacket and have it dry cleaned and ready.

I'll start worrying about you when you start seeing Sponge Bob ;)

I have been having a TERRIBLE time loading some of the blog pages - yours and Yaya's in particular. Even after I get them loaded, they haven't been letting me comment! Grrrrrrrrrrrrrr

Guess that is paybacks to me for going on vacation.

You're coming up with these very detailed visions. I'm jealous!

Let me have a couple more beers and then maybe come back to tell you what I see - only thing I can see now is clouds! Better hurry over to the party - Intense Guy brought lots of wine and is already wearing a cone on his head!

I too saw an angel, or a wizard. The cloud on the left does sort of look like a bird zooming in real fast, too. Very interesting cloud formations.