shopping, lunch, a Bavarian pretzel, a 2x4 and other mish mosh

Friday we got up and going a bit earlier than we needed to because hubby wanted to go to Fry's to pick up some more blank dvds for the projects he has going. We try not going there too often as it's a "toy store" for him and being the techhead he is, all the electronics and makings for upgrades on the computers simply makes him drool. If he had the money I think he'd buy one out just to have the stuff for himself. To be honest, I wouldnt mind so much as I'd have a whole lot more music to stream with. Very rarely do I get out of there with less than 1 cd. I think this feat has been accomplished only twice since I moved here. This time was no acception as I found a cd that I had listed on my Amazon wishlist and figured I'd grab it while I was there. I heard this one artist while cruising the music section in MySpace and had really liked her stuff. Her name is Missy Higgins and Im really looking forward to her newest release to show up stateside. The cd I ended up buying is a previous work of hers called The Sound of White. 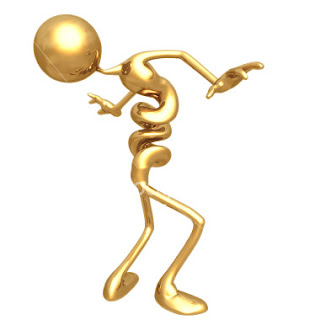 After going to Fry's we went to my PT appointment. He told me last week that he was going to be aggressive and last week I was a touch sorer than the week previous. This week made last week look like a walk in the park. No I wasnt twisted quite like the photo but damn it sure felt like it. I was beginning to think he was trying to make me into a human pretzel (the fat, soft Bavarian kind..of course). It was like a game of Twister only without the colored spots, the spinning dial or the fun. If I was tired going in, I was worse leaving. I could have crawled into a bed and slept all night after that. This isnt to turn anyone off to getting PT . Yes it hurts, but Im also woefully out of shape. I didnt have this problem when I was working 40 hour weeks because I was getting a workout then with hauling freight and climbing ladders to stock shelves. Once I moved here, I havent worked a day....and that's why Im this far out of shape Im sure. Yes this hurts, hurts like hell on some days, BUT Im more limber this week than I was a few weeks back. It might still ache back there BUT I can finally twist some to my right. Not pain free....BUT at least Im not having to grab the back of the chair and pull when Im trying to move to that side. So, yes, I think we're making some progress.

When we got out of there (and I managed to pour myself into the truck), we went out for lunch. It's the one thing I get to look forward to after therapy. This week we decided to try someplace different. We figured that McAlister's Deli was going to be some little hole in the wall type place. We were pleasantly surprised to find out otherwise. They are one of the few places in all of Texas that knows how to make sweet tea correctly. One knows it must be strong enough so you cant see through it (because you'll be adding ice and you dont want it to water down too much) and sweet enough to tell they actually put sweetner in. Most places here, sweet tea is so weak that it's no more than colored water...then they add beaucoup ice to it and it waters down even further. We wont go into the fact that it's never sweet enough. Anyhow, at McAlister's, the tea's made properly (*WHOOT*) and the food is delightful. I would call this the Fuddrucker's of sandwich shops (Fudd's is a very upscale Burger King/McDonald's/Wendy's for those that havent experienced one). The upscale look and the awesome food make it a place worth going to...better than McD's (who have an upscale decor but havent really followed up with the food quality).

While eating lunch, we decided to go to Target instead of WalMart because we were already on the right side of the road. It was a nice change of pace. The entrance we usually use is located next to the electronics department. Ohhhh BIG mistake. I did ok....not as good as if I hadnt stopped at that one display which is prominantly on that front corner near the door, but I did better than I would have been if I'd had my way. I walked out of the department with 3 cds... party mixes. I chose the ones I did for the upbeat tunes they had on the cd. They'll be in heavy rotation in the stereo for sure. They'll also be good if I finally get that exercise bike Im wanting. I actually had around 9 cds in my hand (@ $8.99 EACH) and could have bought them all with the money I had in my purse but I decided to be good. Next week I cant guarantee anything because all of them had AWESOME mixes of tunes. Oh I could easily burn what I have to disc, but Lord if I'd be able to remember which particular songs were on each cd (yeah I've been trying to find them online for a listing on each....). 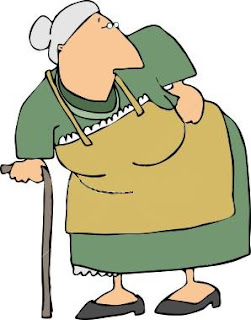 Saturday....omg I wish someone shot me to get me out of my misery! I was so damn stiff it wasnt funny. I was as stiff as a board back there. To show you how sore I was, I normally get an ache in my lower back while doing dishes....I couldn't even feel THAT ache over all the other pain in my back. It took a liberal coating of Flexall to get it to feel 50% better. It took all day for it to feel manageable. So bad I didnt even bother with the exercises as I couldnt move anyhow. Today I feel better though. My back and side still hurt but I can move at least. I really am thinking this is arthritis aggravated by the incident in January. It wouldnt surprise me if it was. Considering what happened to that side in '91 and putting together how my right knee feels alot of the time because of the way I tend to fall (and the fact I lead with my right going up and down stairs, ladders n such).....I really suspect this is going to be an ongoing problem and am rather doubtful that PT is going to help fix it.

After reading a friend's blog, and after my stream last night, I decided it was time to update my WinAmp for my stream. It looks like theres a few more neat little clicks and whistles with it. Im wondering if they fixed that one problem that I'd been having with the old 5.08 version. I wont know until I have a chance to stream with the bugger. I see a few things I wanna check out on it for sure.

Well, you know what they say, "No pain, no gain!" That probably doesn't help much, but, it's about as comforting as I can be, lol!

I LOOOOVE Fuddrucker's!!!! Too expensive to go there often, in fact I haven't been there in years, but I do love their burgers, lol.

What was that problem you were having with your old 5.08 version of winamp? Maybe I can tell you whether it was fixed in the new one?

I hate going in to Target, because I WILL walk out the door with cd's. Last week I walked out with 8, count 'em EIGHT! Fortunately, this week, nothing new came out. And I know exactly what you're talking about, when you mention those 8.99 cd's, lol.

I hope your back continues to feel better with more exercises and PT.

It was a testy bitch. It's one of the reasons I never took requests because if you messed with it too often while it was playing it would seize up and then throw an error. Then...well *poof* like my ex's erecti....ummm n/m...tmi. It would do it while I was loading tunes for a stream so I got so I'd save every few songs to make sure I didnt lose any of my hard work.

I love McAllisters. I can't drink the swet tea because it is soooo sweet. I love their chili. It is a bit rich so I can't eat too much of it. Nothing tastes bad there!!!

I didnt find it too sweet at all, but of course this is the woman who used to take a pound of sugar for every drop of tea (j/k it wasnt that much but it WAS excessive). If you'd asked me last October if it was good I would say "hell yeah" as it was strong enough and sweet enough. Now, it was a tad stronger than I normally take but I've also had surgery since then and weaned myself off all that caffeine and sugar. Im on decaf green tea with Splenda now.