Yesterday, hubby and I decided to run a few errands. We figured a couple stops and I'd be back in time to stream. Who knew that a couple quick stops would amount to nearly 90 minutes out! We stopped off to the comic store first to get the latest editions to all the series that hubby reads and collects. Did I mention he's been collecting since the 80's? Yeah the collection is quite substantial. Think of a box 11x8x17 packed solid (the comics are each in an acid-free envelope)....now picture more than 20 boxes. That's only half of his collection. The rest is still in his folks home. Almost all are complete runs of series....plus the trading cards and the autographed photos....yeah he's a serious collector. Well it could be worse...it could be those junk polybags of cowboys and indians my ex was so fond of. At least these have some value to them.

Anyhow, after there we ran to a Dollar Store (can you believe how many there are now a days?) to get me some of those little disposable diaper baggies. Nooooo I aint preggers!! I just find that they are so convenient for scooping the litter as they are just the right size. The last one had been used the day before so one our trip out he took me to a dollar store....it was the wrong store. LOL So I sat there describing what the store looked like and hubby got it figured out and brought me to the right location ( a Dollar Tree). It's the only one of those cheapy stores that even carries them. I bought 2 boxes which will last me for a bit as each box has 100 baggies in it. 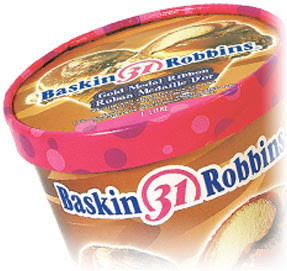 While there, the cashier was going too slow for my liking and the customers ahead of me werent making things easier for him by having a decision read or their checks ready so I told hubby I was headed for the Baskin Robbins next door as I wanted chocolate icecream and this way we wouldnt need to make another stop. I got to the next shop, bought the icecream, had a conversation with the clerk (I could swear they made the to go stuff as pints and not quarts and damn they dont make the strawberry cheesecake flavor as a pre-pack anymore!!???) and was back at the Dollar Tree with my chocolate and peanut butter and hubby's plain ole vanilla before hubby was even out the Dollar Tree's doors.

We got home with 5 minutes to spare and thankfully I had my stream all set to go. The night before I had actually set a stream that was going to be "Number 1's on this date in history" type thing. While proofing it, I discovered that I was enjoying the 70's music more than the rest of the stream so I ripped it all out and set nothing but 70's tunes. On my way to bed (2am Saturday), I turned on the tv in the bedroom and wouldnt you know an infomercial for Flower Power came on and all this 70's music was playing. What a way to get confirmation that I have the stream set properly! If I had left the original playlist as it was, I would have either been out of bed and resetting the list OR I would have ended up redoing it when I got up (my friends all know I'd more than likely do the former). I think I'll be doing another all 70's stream again in the next week or so. The hard part now is deciding what Im going to promo on my MySpace as I usually pick the song that gets the best response and promo the group there. Maybe I'll see if Ozzy has a page and grab the tunes from there as Im thoroughly enjoying the one song he has out on video now.

As I was writing in the Padded Room today, I had a particular flashback that came to mind as that spot on my back gave me a nagging twinge (a reminder to do my exercises perhaps?). This flashback has gotten me to thinking that maybe this back problem is one I've had for a long time and the reason it's cropping up NOW is because Im woefully out of shape and I havent had to work for 3+ years. Working would have kept me in shape and limber so the muscles wouldnt feel the need to protect anything...plus the muscles would be supporting the spine properly (yes Alice this is push number two). Im going to have to ask my PT this next Friday if it's possible that injury from soooo long ago merely got aggravated and that's why this is hurting now. I mean think of it...my right knee's doing it and it's the one I always manage to fall on (the first fall on that knee happened 30 years ago...off a bike on a stone road).My left foot's the same, 3 years ago I smacked the daylights out of it and to this day it still is bothersome at times and there's nothing that can be done about it. If I hadnt been writing in that part of my blog, I doubt I would have thought of it though. Funny the things that come up when you open up which thou shouldnt be opening. Damn I started falling apart earlier than I thought I did!
posted at 7/15/2007 04:24:00 PM

I'm pretty active, both at home and at work. I mow part of our lawn with a push mower (when we have grass to mow) and I chase cows when they escape to "greener pastures". (i'm getting rather tired of that nonsense) I walk in and out of the mill several times a day, and I even run if the phone starts ringing while I'm out in the mill. (i have pics of the mill i could post sometime) I don't lift those 50 lb bags of dog food anymore unless it's absolutely necessary for me to load it for a cutomer (rather than make that customer wait for one of the guys to get a minute if they're bagging feed). I used to do that without thinking, but I don't anymore. My spine is curved, and I'm not sure if or when it might get any worse. No one really knows how long I've had this Scoliosis. :( Thanks for push number two. It's a long way to that door, tho.

I hope your physical therapist has an answer for you and the therapy he suggests will help. We get hurt when we're young and don't think anything of it...but sometimes those injuries come back to haunt us when we get older.

Im seeing that *push*...this injury occurred in '91 Im guessing *push* as I remember it was well before my wedding *shoves ya out the door*. Im just damn lucky none of my ribs broke when it happened.