updates and other mish mosh 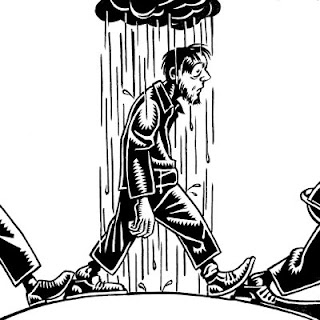 Yes, I too have days and weeks much like this. Although the sun is blazing brightly outside, I feel like there's a huge cloud hanging over my head. I've spent much of this week in huge mood swings, one minute feeling fine and the next wanting to lash out at anything and everyone. I even had a couple people (who dont know each other and live in different parts of this country) say I sounded grumpy and they just knew something wasnt right. No, it isnt simply from empty Saturday nights...infact it's nothing from online. For once all the problems are situated very firmly in the homebase and not online.

No wonder you're having a hard time sleeping. That's more than enough worry for any one person to have on her mind. I hope things work out the way you need them to. *hugs*

Wow, you really have a lot going on right now. Now wonder your moods are fluctuating.

Try to remember that he probably didn't want you to worry about the mortgage going up, that's why he didn't put up a big stink about it. Yes, he should have been clearer about it, but I don't think he purposefully didn't tell you. And you two are in a WAY better place than you were with your ex, so this tight money time will be a lot easier to deal with.

I'm really glad Ranger is healing so well from the surgery. I know you don't like surgery, but if he's doing so well, and you could also do that well, maybe it would be a good thing and worth the trauma?

I know you'll find a good job, with the holidays coming, all the stores are wanting seasonal help. And once they see how good you are at it, they'll want to keep you around. Hell, you might even make manager!

Those extra hours put in by Ranger will really help, even though you won't see much of him. It's for a really good reason, and you'll have more incentive for that time together to be "quality" time, lol. For any oopsie that might happen.

Please keep us informed on the job search. Hugs

Good God NO Chicago!! Yes to the job but hell no to the management! YIKES! I'd never want to be cursed like that. I see what some of them go through and certainly dont have the temperment for it.

Yes on the mortgage comments, but what is done is done. The hard part's actually going to be working after all this time.

Am considering the surgery but not right now because I wont have time off for a long time. Maybe sometime next year.

LOL on the oopsie comments...not so certain on that as a few of the places I app'd at were for over night positions. May just be dead tired on those day offs to do anything. Especially since I'll be working more days of the week than him.