awards and a minor whine

Damn. I loaded these pictures 3 days ago and have yet to write the entry. *sigh* Maybe it's time for a nice long dandelion break and totally unplug for a week or so? All I know is when the power shut off at 730am and woke me up (the buzzer on the air purifier went off and THAT is what really woke me), I was really annoyed that I may have to sit in the dark stuffy house most of the day with no electronic stuff to keep me occupied. Oh granted, I could sit in the sun and do my needlework (I really could use the free Vit D) or drag the crafting table out of Harry's Closet (Cupboard) .oO(wait...is that where I put it?) and paint in the sunshine. The one problem with that is that I tend to get sun poisoning if I'm out too long (which I would be if I got into painting or stitching). Yeah, and people wonder why I like the night better for the most part.

So inside I stay. However, thanks to that low-life freakazoid I was married to the first time around, I have this slight problem with my ears. You'd think that if I had ear problems, that the quiet that results from no power in the house would be a welcome thing. It's not. You see, with the fans going and the hum of the computers and the other equipment acts as a "white noise" and the ringing in my ears (which were fine until The Freak decided his hearing wasnt what it should be so he blasted things like the tv and radios at the highest possible levels instead of going to a dr and having his ears checked) isn't as noticable. When it's super quiet though, and not even the hum of a PC to offset it, well it becomes unbearably loud. It makes it near impossible to go to sleep when the power's out. Just another thing to add to my ever growing list of stuff to check at my yearly physical in August.

Anyhow. I got the following couple awards over the last week or two (or 3...) and need to get them posted. This first one I received before but I've now I seem to have received it twice over again. I don't mind, it's a very pretty award! This time I received it from Razors and Vines. I'm really thrilled she thought of me to be honest. My writing doesn't hold a candle to the way she expresses herself. I also snagged it from Yaya (who also bestowed the next award to all her followers as well)! 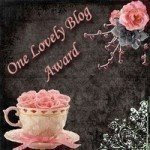 This next great award was received from Yaya and Queenie Jeannie (oh heavens, in looking for the link I see Jeannie gave the prior award to everyone too). Isn't it the cutest? There are rules and regs to this one but since everyone probably seen it already, I won't bother posting them. The one rule I WILL follow is answering the "Why do I blog?" question.

So, why do I blog? It started out as therapy...trying to get myself past the Decade from Hell. Then it kind of evolved into an account with several blogs attached to it. It turned into a dumping ground for jokes and Inspirational items that get emailled to me, a place to put sellable items, and a format to keep everyone informed. I got so sick of people saying "I didn't know". I still get that one now and then, but now I can say... "well if you'd read my blog, you would have known!" Well at least I could when I was updating regularly ~smiles~. Unfortunately, someone manages to grab me in the IM or on the phone and by the time I realize I hadn't actually posted about it...well days/weeks have gone by. 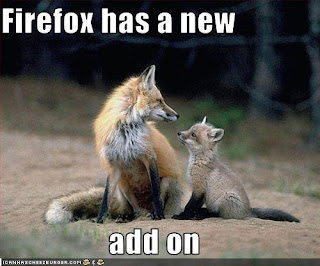 So I'm still having a problem now and again with certain blogs. Yes, iggy, they seem to be the ones with scads and scads of advertisements on them (you know who you all are!). Somedays I can read them via the usual method (IE) and other days I pretty much have to lurk or visit with my new friend FireFox. It's rather frustrating to have to jump between browsers to be honest. Really frustrating.
posted at 6/10/2009 04:38:00 PM

I have a lot of people tell me they have problems viewing my blog, but I don't have any ads. :(

I'm all for the free vitamin D too!

Congrats on your Major Awards!

Maybe I should have said "ads". Not necessarily for products you'd buy in a store but pictures with links that take you other than the site you're on (like to someone else's blog). I know there for a while MySpace really had a problem with "ads" such as I described... even though the sites I was sending others to were perfectly safe.

One quick note: I found a way to get around the blog fails in IE. When you get the error message, simply click on the back button and then you can view and comment on the blog. This has worked for me on all but one blog.

Also, I'm with you on the White Noise issue. In the winter I have to have a room humidifier running and in the summer I have a tabletop fan in addition to a ceiling fan. When I travel, it can be a nightmare if I can't set the fan to run continually. So, yes, when the power goes out I am going to go insane.

Congrats on your awards! I have to have background noise all the time. It drives Matt nuts!

Congrats on your awards!!

FireFox has become my new best friend too! I was getting completely annoyed with IE.

I, too, like some free Vitamin D but only in bits!

Have a wonderful week!!!

And, congrats on the awards. :)

Congrats on your awards! Back when I lived with mom and the sibs, I used to keep the TV on in the bedroom to block out the fighting. Then I'd just leave it on even when it was quiet otherwise. I don't do it as often here now and have come to really like the quiet.

Congratulations on the well deserved awards. I hope you don't take that long dandelion break :(

We were without power for four days a couple of winters ago. I actually loved every minute of it! I guess that means I don't need the white noise. Having hearing problems of any kind is no fun. I can hardly hear out of my left ear but it has been like that for so long that I don't really notice it. I've just learned to be careful where I sit and stuff.

I finally had to make the switch to Firefox. I am NOT someone who likes change - at all!! I like to learn something, know it well, and call it good!!!

But missing out on my bloggy friends wasn't an option either, so I did it! Sorry your power went out - I know how that goes too!!!! Try having a Bella say, Mommy turn on the tv, turn on the computer, turn on the lights, etc, etc, etc. LOL!