I've been put to shame!

Ok. So we all know I've been fighting this terrible Facebook games app addiction for a while. I think I've got it to a manageable level now so I can get into the blogs a bit more often. That combined with the several blockages that have hit (well maybe more like big speed bumps) have pretty much kept me from WANTING to write. As y'all know, once I get something in mind that needs to be written...nothing else is going to be forthcoming until I deal with the issues at hand. Since I took care of the one in the Journey blog, it's opened the way to doing this one.

I'm really kind of ashamed I waited as long as I did to do this one to be honest. I mean for goodness sakes all my RAKs arrived and the recipients all said their thank yous. Even the one RAK that in turn became part of another RAK got thanked. And then today....there was another thank you for a gift that wasn't originally part of the RAK we did... but was a genuine RAK with no strings attached.

I've been put to shame.

and for this I'm very very sorry. 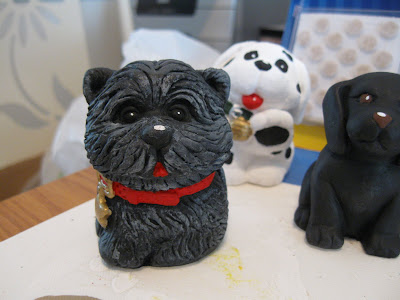 Too long ago, I got a package as part of the RAK from Georgia. The package says to pass it on but I'd already done that step. I couldn't wait to rip into the parcel and see what Jeannie sent me. 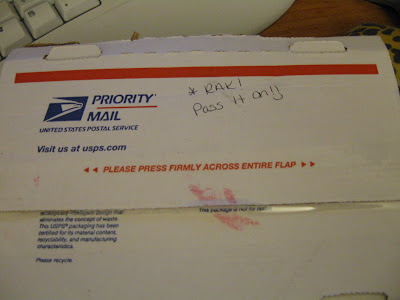 She sent me this bee-autiful little box with a dancing bee fairy and a bumble bee on the lid. Upon handling this piece I heard rattling. Could it be she enclosed just a bit more? 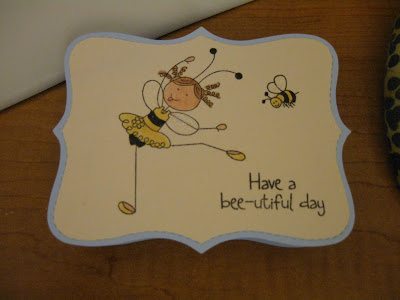 So I open the box and there is a small assortment of candies. Well...there goes the eating modification, albiet just briefly. Mmmmmmmm Krackles. I promptly snarfed down the sweets. What can I say, I have a total lack of control when it comes to sweets and carbs (pasta, breads and the like). 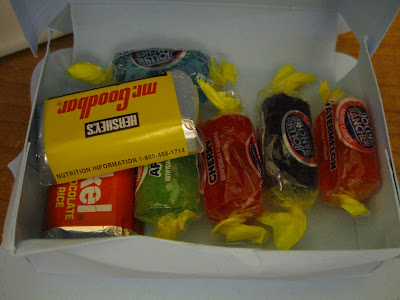 As you can see, I found it a very nice home right where I can see it daily as a reminder. 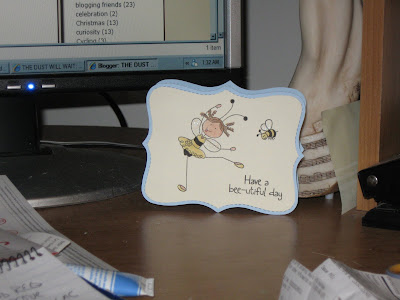 A few days later, as you all may remember from the one entry, I got my package from Pennsylvania. Considering the conversations we'd had, and the fact he kept referring to a "lab" now and again, I was wondering just what would be in the envelope. Hmm...I can't find a picture of the packaging! *WAH* Well...it was really cute. The stuff was in a Fed Ex envelope which was, in turn, stuffed in a brown envelope. YAY for extra special handling!
I found many delightful things inside. First there was this OCHA "birthing" kit so I can make my own Lil Iggy. Seems like that'll be a good Monday project, whatcha think? I do need to make a slight subtitution to the directions though as I'm a decaf tea drinker. I hope this doesn't affect the cone making process. *crosses fingers* 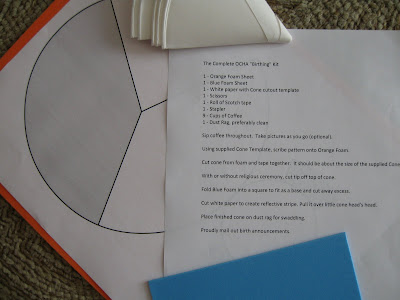 Then there was this awesome photobook/calendar. I seem to remember some of that clip-art. LOL. Within the front cover was my very own OOP Club card (OCHA Obsessed Person) and a bumper sticker! I see he updated it to reflect the next election year too....
The outside cover has this beautiful saying and has iggy's name right on the spine. No way this one's gonna get lost in the bookshelf. 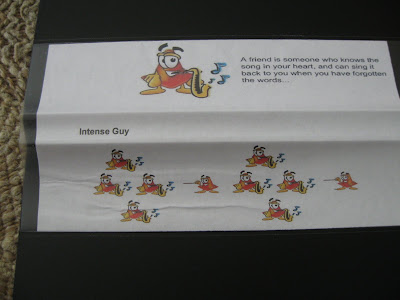 Inside were many of the lovely photos he's shared with us over the course of the year (one of which was featured in that little video I did). One of my faves was the castle which is located with the month of August. Look at this, he even sent me a shot of the "moose". Creative or otherwise, this moose was a welcome addition to the package. 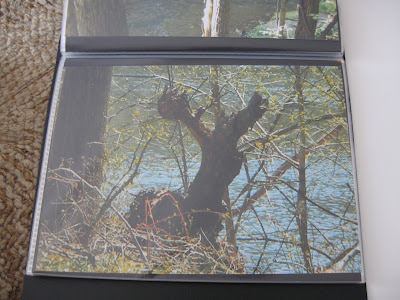 The last photo was the one he took when we were celebrating my anniversary. I certainly hope that was alcohol free champagne or apple juice though.... You can see at the edge of the photo some writing...that's his signature. It's for when he gets famous so I can say "I knew him when" ya know. Thinking ahead as always! 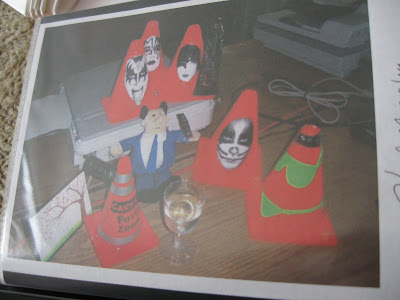 In the back of the booklet was a recipe for a delightful OCHA shaped dessert. I can't wait to try it one of these days. Orange sherbet is fat free and if I use a low fat vanilla icecream, it shouldn't mess with my eating modification too badly.
Thank you both for such wonderful gifts. They certainly put a spot of sunshine in my day.
PS. This is going into the Blogger is a bloody idiot file too because of the problems the stinker gave me uploading the pix!
posted at 9/17/2009 06:00:00 PM

Who delivers your mail? Santa?

I love Jeannie AND Iggy!!!!

Wow...lovely loot you've got there, huh? I wish my friends were that generous...

Wasn't that calendar amazing?! I loved the little ocha stickers next to the holidays :)

Awesome presents. You are one lucky winner!

You are very welcome. :)

...now to find someone to nominate a nice shiny new good looking cone for President (The campaigning won't be long now in starting up).

Hey there ladystyx, first off I have to ask, what is RAK or am I just dumb? lol I loved the pic you got of the girl and bee. Your little painted critters are beautiful and seeing how I love to eat that candy you got sure looked scrumptious. I just have to say girl, out of all the blogs you have I think you do a fantastic job of keeping up with all of them. I would be pulling my hair outta my head. Hugs!!

Dear Iggy send me a similar photo book to.. even though I had missed the post about passing things on..... all I do is pass wind LOL....

I to will treasure my special book, aint we blessed to have Iggy in our lives.....

What awesome gifts you received from both Jeannie and Iggy. I can tell they both put a lot of time and effort into creating perfect gifts just for you. I'm sure you'll treasure them always.