Ya ever have one of those days when you cant even get vertical much less put your fuzzy bunny slippers on before the day starts to throw things at you? Well friday , as you could tell by the beautiful picture I posted then, was one of those days. Thursday hubby had had an ENT appointment at 10am so we'd gone to bed early Thursday night because we were tired. Friday, hubby got up around 9am to pollute his lungs and take out the outgoing mail (we never put it out the night before if there are checks or cards involved). What a beautiful surprise to wake up to your mailbox knocked over. Mind you, the bugger wasnt just the box and a post. Oh no, that baby was cemented down and a good 2-3' sunk into the ground. I wish I could post the picture of it but since Im reduced to my laptop and I dont have access to the necessary cords to get the picture off my camera at this point, it's simply not gonna get posted until Im back on a regular desktop computer. Anyhow...he comes in to get his sneakers on and lets me know what happened. *sigh* The post couldnt be salvaged so he ended up having to buy the whole kit...another $50 that really could have gone elsewhere besides where it was ending up going. This sucks. I got myself up and going while he was out and started the apps I needed to get done. I managed to do 7 or 8 that day. It took me all day because I was making damn certain the stores were within a certain distance from the house (dont wanna spend a whole lot on cab fare ya know).

He got home and got the new post and box up, then mowed the lawn. While he was out mowing the postman showed up with more bad news. One was a bill we were expecting (just not 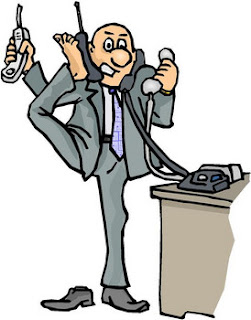 expecting the amount DAMN!) and another was from the city we live in. Damn code compliance. Seems they dont like the truck parked in the front lawn because it wasnt an "improved parking area" or some shit. Top things all off, since they snail mailed the letter we only had less than 24 hours to get the truck moved. Yeah great. Damn thing's too heavy to push so there's no getting it into the driveway without it being towed...it had been placed there so hubby could get in and out of the garage with that big honkin Torino. Did I mention the truck wont fit through the doors of our garage? Hubby ended up having to call the repair shop we utilize and have them remove it. He told them since it needed to be fixed anyhow to just keep it at the shop and take their time fixing it because it'd be 2 months before we can pay for it anyhow, just tack on a storage fee. Thankfully,since we are such good customers (read we have alotta repairs because of such old vehicles), they didnt charge us for the towing. I wish we'd thought to just send the POS over that way in the first place.

While he was messing with that I was attempting to get those apps done. A couple of them had PDF files so you could snail mail the app in. This is about the time the printer decided it didnt have enough ink. Got the ink changed out and then it decided that it was out of alignment and had to be corrected. Of course, if it's not something I have to do daily I cant remember how the hell to fix it. By the time hubby came in, I was near tears and ready to hit the sangria in the frige (it wasnt even 1pm either...). Hubby got it fixed for me and showed me yet again how to do it (yeah like I'll remember in 6 months or so when it needs doing again!). After I was pretty much done, I turned the puter off and went to watch tv. Later, I went to turn on the puter and it gave me fits (see previous entry) so I left the office and let hubby deal with it.

While he was trying to trouble shoot the problem, I figured I'd drop the chatsite owner a note and let him know I definitely would NOT be able to come in to stream (all my stream stuff is on that puter) on Saturday. The arrangement I had with him was that I'd come in ~when~ I was available on Saturdays and stream. Since my resume is heavy in retail, it stands to chance I will have to work Saturday nights. I missed one stream due to a meeting and one because I was so ill that I slept through my streamspot. Otherwise, I've been there every Saturday regular as clockwork....even after every one of my friends left the site. Why'd I stay? Because although I knew much of what went on I "didnt know" if you know what I mean. To be honest when TxSis left I shoulda taken my happy ass right out of there. Well, before dropping him a note (gotta be polite and do the right thing) I checked the schedule on site. I dont know why I did, I just had the feeling I should. Surprise....I wasnt on the schedule at all. Now according to our arrangement, I should have had at BEST ** next to my nick but ohh no. I was completely removed. Lord knows how long I've been off...I know I was still on last week when I sat in that room for 3 damn hours streaming to a nearly empty room....AGAIN. Needless to say, I wrote him a note and let him know I had trouble with my computer (mind you he KNOWS I have a laptop and that I never set it up for streaming) and that I'd noticed that I was no longer on the schedule...I guess I'm fired? Well as of 354am SUNDAY morning, I've yet to hear from him. No acknowledgement yes or no. My best guess at this point is that I've been fired since he doesnt deem it necessary to communicate with me. As such, you'll notice all banners I had up advertising that chat site have been taken down. I refuse to waste space on my sites giving free advertising for someone who needs to get the damn burrs out of his ass. I havent decided what Im going to do yet...I've always said if anything happened at this site my headphones were getting hung up and permanently. Maybe that's just best. I have seen a couple other programs out there, though, that will allow me to do my own show...maybe I'll look into them. Tired of chat sites that pull shit like this. Last note to the site manager in case he decides to actually read this (yeah right...he's got access to here but never reads it anyhow...) I know what you said to whom about me and the only damn reason I DIDNT leave when I found out is because I "didnt know" what was said....capice?

Wow, Styxie...bad day alright. I feel for you. Hey, want to move my car and blazer to that repair shop, too? (did i get a laugh from you?)

That wasn't very nice of that site owner to remove you from the schedule like that, or to ignore your messages to him. At least he could have the decency to respond one way or the other. Don't know all that went down in that site, but I know how things can go from bad to worse in a very short period of time. Let me know how things turn out. *goes to the latest blog now*

Yes you got a smirk and a small laugh...thanks!

No it wasnt. Has yet to answer my email. I know their MSN has been on, dunno if it's a signal they want to talk or what. Can never tell because their away is up all the damn time. If no email this week it's gonna be a block and drop.

Sounds like you had a terrible weekend. Did the Sangria Saturday night help? (At least I think it was you telling me you were drinking Sangria...)

Sorry to hear about the shit that went down at your chat home. Unfortunately, as you well know, that stuff happens ALL the time. Never fun when it happens to you.

Hope you can at least get your music and artwork on the laptop so you have that to work on.

Hope this week is better for you! Hugs