gray days and a sick truck 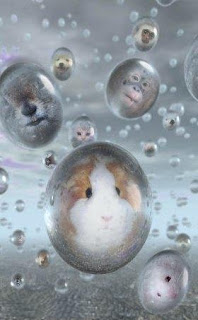 We had another gray day today...or at least what I saw of it. That's the one thing I miss about putting myself on the nighttime shift with hubby, the daylight. At this time of day, even if I WANTED to go out and do some walking, I don't dare. From front stoop to the mailbox or trash pickup location, that's fine....but elsewhere in the neighborhood, I don't think so. I could always put myself back on the day shift, but then I'd see hubby even less than I do now and I wouldn't be able to do any of the household cleaning until he was awake... ah well.

Like I was saying, we've had some really gray days here lately and some rain. Last night there was a storm that was strong enough to make me want to turn the computer off. It didn't last too long though. The weather channel had a tornado alert go up but it was for points east of us. It must have been strengthening as it went over us. The rain's been somewhat welcome though because it washes a good amount of the pollen from the air.
The truck broke down a couple weeks ago (the week of the 14th). It had been acting up a bit on Saturday and Sunday, not wanting to start right up which is pretty odd. On Monday (15th), when hubby left to go to a class at work, it refused to start. There was enough juice going through as the lights came on and the radio fired up. Hmm. So he grabbed the trickle charger to

get it charged up some. It ran fine after that although it was a bit weak on the start-up coming home. On Tuesday (16th), I had a Dr's appointment and when we went out to the truck....you guessed it, it wouldn't start. The radio and lights came on fine again though. At this point, I was remembering my mom's old Impala. It had been bought off a travelling salesman friend of my dad's . The dude would travel 100+ miles a day with it making sales calls. Well it, too, had run fine for a while and then all of a sudden stopped wanting to work. The problem was that my mom, didn't drive 100+ miles a day in it...she was lucky if she put about 10-20 on it daily and maybe an extra 20 a week when she was working in the community theatre. That car simply wasn't being run like it was used to and as a result, things stopped working correctly. I figured, we were having the same problem , simply because we run it only half the time than we used to. We're only 2 miles from work so the truck doesn't even much get warmed up and the Dr's office is about 5 miles from here or less. Since we have to go to the Dr's on Tuesday, we simply do all our running then so Sunday and most Mondays the truck simply sits. So that Tuesday, we had to hook the charger up again and hubby decided that maybe a new battery was in order. It was only 4-5 years old anyhow.
Hubby dropped me off at the Dr's office and went to Pep Boys for a new battery. I guess from what he said, he opted to have someone else install it because when he tried to do it himself, he dropped the wrench inside the truck. He took it as a bad sign that he had to go in to buy a tool to reach the wrench so figured a few extra dollars for installation wasn't so bad. On Wednesday (17th), he went to go to work. The truck started...barely. So he had me place a few calls and get prices for an electrical test for the truck to find out what was going on. He was suspecting a short somewhere was draining things. We shot emails back and forth trying to decide what to do about it. He decided that if it couldn't be repaired at a reasonable dollar amount (gotta remember, this is an '88 Ford F150 Lariat and has scads of miles on it), that he'd have to either fix the Torino (ka-chingville I'm sure as she has a leak somewhere and other problems) OR buy someone else's problem (aka a used car). He saw several on a for sale page at his work and *IF* it came to that, at least he'd know the person he was buying from. While he was checking the ads out, he sent me a few leads on repair shops.
My last call was the most productive of the bunch and I ended up telling hubby that he needed to go with this company. Why? Well, the person I was talking to on the phone was the owner of the company. When I asked her for the price of an electronics diagnosis and described what hubby said was happening, she gave me a word of advice and suggested I should be asking for the pricing for something else ...which was much much cheaper than the figures I was getting. She told me why I needed to ask for that and told me what she thought it could be. She took the time to explain things in a way that a technically challenged person would understand. The fact that she put the potential customer FIRST above the "all mighty dollar", well that says alot to me about how the person conducts business. That's the type of person I prefer to keep bringing my work to.
On Thursday (18th), he went to work and as soon as the repair shop opened, drove over. His boss followed him so he'd have a way back to work. The repair shop was supposed to call me later but they never did, so hubby went over the check on the car. The test (the cheap one the owner told me about) was inconclusive and they ended up needing to run another test on it but since it was late in their day, it would have to wait until Friday. Friday they ran the other test and were pretty sure what the problem was. They ordered the part and said they wanted to keep the truck over the weekend to double check their suspicions (they had to wait on the part anyhow). On Monday, they tried to start the truck and of course it was dead as a doornail. Turns out that the alternator was a busy little part. Not only was it charging up the battery as it should, but it was working hard overnight and draining the power right back out. It was Monday afternoon before they could install the part and then they kept it one more night to make sure there wasn't any more draining of the battery. On Tuesday, hubby dropped me off at the Dr's and went to pick up the truck. Damn thing cost us ~$700 and that's NOT including the rental car.... It's running fine now though, that's all that matters.
posted at 10/01/2008 10:04:00 PM

As soon as I read that the lights and everything had power, but the enging wouldn't start, I figured it could have been the alternator draining the battery.

Maybe I could start a new career as a auto tech? LOL

LOVE the new look of this page!

Yep - it's always a good idea to check the alternator when fiddlin' with the battery.

*agrees with ChicagoLady, the graphics on this page are awesome!*

Ditto about the new graphics.

And I, too, was thinking *check the alternator* the whole time I was reading the post. I remember vividly driving home one night and the head lights kept getting dimmer and dimmer and the car finally stopped. Of course I had all three kids with me and we were in the middle of nowhere and this was before cell phones... Some kind soul stopped and picked us up and took us home. Back then (30 years ago) it didn't seem so dangerous - nowadays, NO WAY!
$700 seems like a lot of money, but compared to a new car, it is a drop in the proverbial bucket.

Well, at least it's working now.

Vehicles are such a pain in the proverbial butt. (love the beautiful autumn scenery)

Guess we've all had alternator problems cause that was also my first thought when the new battery wouldn't start it!

tytytyty on the graphix. Took a while to get things to look just right....especially to get a background to look right with the banner I wanted to use and to get the orange in the boxes to the right shade...