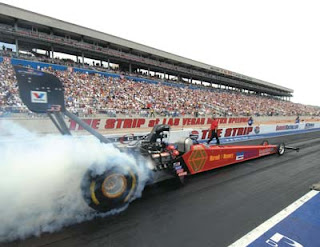 Not as good as yesterday , but still burning rubber. Oh and YAY!!!! While I was getting my shot today, I wandered down the hall to where my dietician's office is to set my appointment. I was supposed to set it right after my appointment with her but I was so disgusted with myself that day that I didnt bother. Since 2 weeks have passed, I told the receptionist to set it for somewhere between 2-4 weeks. I have an appointment on Dec 1st (*checks hubby's schedule...oh dang Im gonna have to reschedule that because he has class that day*). I got talking with the receptionist and was telling her I couldnt wait to get on the scales because I KNEW I'd lost weight. She told me to just pop on back and use the scales now if I like. I was sceptical about if I really should because I'd already had a full meal today (3oz steak, 2 eggs, a bowl of oatmeal and an English muffin)....unfortunately, this cant be helped because it looks like I really do need that full meal before my shots. Laugh if you will, but the reactions arent as bad if I've eaten a full meal beforehand (as opposed to a small snack). I got on the scale anyhow. Since I started riding my bike and adjusting my eating habits I've lost 6 pounds. Better yet, since the "non-appointment" in August..... *whispers excitedly* I lost 10..... SQUEE!!!
So I went out and did my civic duty today. I had to laugh though. They had volunteers out front of the polling place doing their last minute shovingoftheliteratureinyourface dances as is typical for election day. They had both sides staked out so there was absolutely no where to go but straight down the walk between the two of them. We were slightly closer to the one so I manuevered hubby so he was between us as a buffer. I was right to do so because not only was that one the first to approach us, but he was also the Democrat. Considering the problems we've been having with the excessive harrassment from that party, we can all agree that it was a very good idea (not to mention damn lucky) that I put hubby there because it would have gotten ugly....very Very VERY ugly. The laughing part comes here....the Republican, seeing that my husband had waved off the Democrat hauled ass over to perform his dance only to get a firm wave off from me. That's right, I made my choice. My choice more than likely wont win but the choice was MINE....not because someone killed a tree to shove litter in my face and NOT because I got harrassed on the phone (and yes, all those calls amounts to harrassment).

I do feel sorry for anyone that got turned away today because
they didnt have the proper documentation. This poor little PCHA was evidentally turned away after waiting several hours in line. Someone failed to tell him the early voting for the non-residents was yesterday. Poor guy.
We took a drive into Gainesville today to buy some stuff for hubby's hobby and boy were the 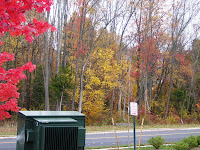 leaves out that way extra pretty! It's too bad we had a grey day with light drizzle because I think they would have been fantastic with the sun out. Im posting just one of the shots I got. I chose this because it had the leaves of one of the bright red trees in it as well as the yellows and oranges in the back. Seems I caught another green-boxy alien lurking about as well. The only touch ups I did to any of these pictures is run them through an auto correct in a picture program so yeah, those leaves were really that bright even in the grey gloom of the day.
We went to WalMart after the dr's office as per normal and I found this really cute hooded zip front sweat jacket. The one that caught my eye was hanging in the wrong location and was a size too big but I was too lazy to go see if they had any more. The way I figure it, this way I can layer something else underneath and not worry about it getting too tight. Besides the print was just way too cute!!! 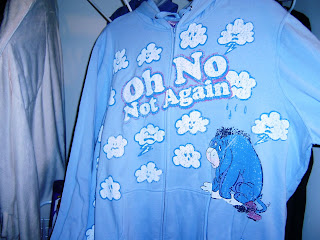 I know why you got so many visits and phone calls (at least I think I do). If I have you placed correctly in VA, you were in one of the few parts of the state that went blue this year. Only the second time in 60 years, VA has gone to the Dems.

WTG on the weight loss!!!! Keep up the great work!

That sweatshirt is so cute! Of course, I had to read it outloud, in the Eeyore voice, lol.

Poor PCHA. I hope he isn't too disenfranchised for next time. I'm sure he'll still be around, because he'll never be sent home under the president-elect.

Congrats on the weight loss! :)

*Sneaks in to Styxie's place to swipe that hoody*

I used to have a nice sweater with Eeyore on it.... But that was a good few years ago and I had to retire it a few years back. Haven't seen a Eeyore sweater or hoody since (well, apart from little ones meant for babies and toddlers).

We are 35 miles to the SW of DC Chicago. No comment on the state going blue....although this IS my blog and *IF* I was to choose to say it was the dumbest decision ever then the readers really need to respect my opinion. However, since I qualified that with an *IF* and didnt "actually" say that, then no one should bitch about it right?

Tytytyty on the congratses...it helps me go just one more day with this. Especially since my family's pre-disposed to being a tad heavy...this is definitely gotta be a life change.

Hey now Tori! My hoodie!! Got it at WalMart....maybe Kelly will buy it for you for Christmas? WalMart's had alot of the licensed characters lately in the t-shirts, nighties and hoodies....even in the fuller figure sizes.

Way to go on the weight loss and also the willpower needed to reach it. *hugs*

Congrats on the weight loss!! You deserve to reward yourself with that neat Eeore jacket and a dragster burnout!

Hmm... Purple coneheads... is this something new or is it a skin condition? Maybe he/she/it is drinking to much grape juice.

Funny, I was thinking while walking around yesterday that the foliage around here was just about at peak and it was a shame it was so gloomy (it rained most of the afternoon) or I would have taken some pictures. I might still take some - I got my camera today.

Great post Styxie and way to go on the weight loss!!!!! Whoot! Whoot!
I had to smile at that poor lonely puple cone (maybe it belongs to the PCHA society and got lost?)

Can I suggest putting the "u" from purple in PuCHA to make pronouncable?

I mean, this is a weighty, very important matter on hand...

Nah iggy...I mean if they can do it in the SciFi universe we can do it here. P'Cha? Like in Babylon 5's Narn Ambassador, G'Kar, where the first letter is more just a sound than anything. I suspect they're a breed separate from the common OCHA....maybe a foreign cousin?